David Cameron has announced that Brooks Newmark will be the next minister for civil society.

Newmark is the MP for Braintree. He has been an MP since 2005. He has sat on the Treasury Select Committee since 2012.

He is involved with various charities including PARC, a respite centre based in Braintree for children with severe disabilities, Farleigh Hospice and A Partner in Education, which he founded in 2010.

He is still a trustee for A Partner in Education which has been set up to furnish a new school in Rwanda. Over the three years since it has been registered with the Charity Commission its total income has been £4,200 with an expenditure of £24,000.

Nick Hurd tweeted his congratulations saying that Brooks Newmark “is an old friend and I am relieved and delighted that he is picking up the baton. A very decent and thoughtful man”.

In 2010 Newmark was appointed a senior government whip with responsibility for the Department of Business and the Wales Office and later was given responsibility for the Department for International Development (DFID) and the Office of the Deputy Prime Minister until September 2012. During this time, Newmark was a Lord Commissioner of HM Treasury.

The Ribble Valley Business Awards (or RVs) is all about championing the people and enterprises that make Ribble Valley such a great place to live, work and visit.

This awards initiative – new for 2014 – is organised by the volunteer mentor team at Enterprising People – a project offering free, one-to-one mentoring support for local people and organisations with innovative ideas they want to make happen.

This first of what we hope will become an annual and prestigious part of the local business calendar will be officially launched for entries in July 2014, with the winners announced at a glittering awards ceremony at

NOMINATIONS WILL START ONLINE IN JULY.

After winning a Queen’s Award for Enterprise in Sustainable Development in 2010, recycling and waste management firm Recycling Lives has just scooped the award for the second time.

On this occasion, it was the company’s recently launched “Flat Panel Display recycling and employment project” at HMP Kirkham that impressed the judging panel.

By establishing a busy recycling centre within the prison, and integrating the training and work experience opportunities there with the six-stage charity programme available at its own premises, Recycling Lives offers prisoners at HMP Kirkham the chance to secure supported accommodation and stable employment after release.

Granting the award for a second time to Recycling Lives, the office for the Queen’s Awards for Enterprise stated:

Thus, Recycling Lives diverts products from landfills and contributes significantly to environmental improvement. Through its work, the organisation offers ex-offenders, homeless people and long-term unemployed individuals routes to employment via rehabilitation, training and accommodation, enabling them to develop vital social and employability skills.

Bu supporting charities, social enterprises, community ventures and ethical businesses, Recycling Lives sets a benchmark not only for the sector, but for industry in general.

Recycling Lives was founded in 2006 and is headquartered in

Preston, Lancashire. The company is considered a social business by its directors, having expressed a commitment in 2011 to working only on projects which demonstrate a positive social impact.

In addition to its earlier Queen’s Award, Recycling Lives was championed for its commitment to positive social impact in a 2012 Government white paper entitled “Social Justice: Transforming Lives”. The company’s founder and chief executive, Steven Jackson OBE, was also recognised in the 2013 New Year Honours List for Services to Employment and the Community in Lancashire.

We’re all incredibly proud here at Recycling Lives: to be recognised not once but twice by the Queen’s Awards for Enterprise is a huge honour.

For years, Recycling Lives has sought to develop effective and creative solutions to recycling and waste management challenges that prioritise not only environmental sustainability, but social and economic sustainability as well.

Organisations need to see that it is absolutely possible to build up and sustain a successful commercial business while making Corporate Social Responsibility a primary concern.

In addition to expanding its commercial recycling and waste management activities, Recycling Lives hopes to extend its social impact via its charity-led Community Dotcom services.

The company’s nationwide Community Dotcom schemes, including SkipHireNetwork.org, OfficeClearanceNetwork.org, BulkyWaste.org and ScrapCarNetwork.org, enable charities and ethical businesses to deliver reuse and recycling services to householders across the country.

If you’ve got an idea for a project to improve your local community, this programme can help make it happen. We’re offering a fully funded year of learning and a grant to help you get started on a new idea or scale up an existing social enterprise.

During the programme you will develop as a leader and obtain the skills needed to take your organisation to the next stage.

The programme is incredibly practical and students can expect to learn from their peers, build new networks and be challenged by practitioners.

The programme is split into Start Up and Scale Up:

Start Up will get your new project or idea off to a flying start.

Scale Up will help you grow an established social enterprise.

The European Structural Investment Framework outlines how funds will be used to increase productivity levels for key economic sectors, promote sustainable employment growth and tackle the barriers to employment for Lancashire’s most disadvantaged communities and increase capacity to unlock the economic potential of Lancashire’s businesses and residents.

Liz Tapner, Chief Executive of Selnet Ltd and a ONE Lancashire Director along with consultations from the wider sector has represented the Social Enterprise and Third Sector and this is where the process is at to date.

Please find attached the copy of the ESIF 31st January 2014 Submission, This document has gone to the National Growth Board and comments and feedback will be issued. Therefore the document is likely to change between now and possible national endorsement/approval in May 2014.

Once we have feedback and have been given more detail on the processes for selecting projects, etc we will arrange a further stakeholder event to discuss the implementation of the ESIF (in the context of the ERDF/ESF/EAFRD national Operational programmes).

A group of LEP representatives from across the North West had a private meeting with Chair at SIB Sir Stephen Bubb and Nick Hurd MP who gave recognition to the economic significance of the Third Sector as a growing and viable sector that needs affordable long-term finance.

Mr Hurd also acknowledged, the need for local staged investment and the value of the representatives local knowledge and intelligence to enable then to meet real local issues & needs

Questions from the session included how the LEPs are planning to support social enterprise as part of their economic growth strategy? To this Liz Tapner was able to respond that she has been working with the LEPs Technical Assistance Group who are currently writing Lancashire EU Structural Investment Funds Strategy (ESIF) enabling them to consult with Third Sector front line service delivery organisations and their support agencies.

Liverpool City Region is showing great leadership in supporting the social sector by setting up a Local Impact Fund, how does Lancashire plan to provide similar opportunities? Through strong partnerships with Social Enterprise North West, Selnet, ONE Lancashire and her position within the Technical Assistance Group, Liz is championing ongoing support and investment to the Social Enterprise Sector in Lancashire and is keen to work with the Social Investment Business and the LEP to include setting up a Local Impact Fund amongst other initiatives.

Read the following post Third Sector Representation in Lancashire’s Growth Plans to find out more about Lancashire’s growth development plans and how our sector is being represented. 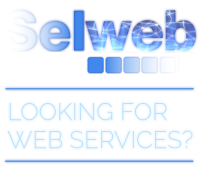