A community interest company based in the North West of England.

Consultancy, research and development services to the public sector and social economy.

Through our extensive associate network Shared Future can support:

Up cycling Furniture and Antique Restoration. Putting the life and soul back into unwanted furniture which were heading for our Landfills.

Shabby 2 Chic workshops supports disadvantaged people in building their confidence and further their independence and skills.

Our Training Accredited Craft Workshops enables our learners the fundamental basics of restoring and recreating a piece of furniture for their own use.

Teaching individuals how to save our environment by using environmental friendly paints and recycled materials!

Encouraging innovative creative ideas that builds each individuals self esteem and confidence, and finally to succeed working within the community off their own merit.

We are proud and honoured to work with our Community.

The furniture project was set up in September 2002 and has grown within the last year, resulting in a move to larger premises.

In the past year Refurb has started up the HomeStart Project & Community Re>Paint, and continues to look to the future with a Bike Recycling scheme in the planning stage

We currently employ five members of staff, we have twenty volunteers and nine new deal trainees, in a range of activities from administration, driving, furniture repair and restoration, maintenance Community Re>paint.

The Recycling Lives charity acts as a safety net for vulnerable and marginalised people. We offer accommodation, education, training and work experience to homeless and long-term unemployed individuals, with the aim of helping them back into full-time work and finding them a place to call their own.

Our charity work is supported by the successful commercial activities of Recycling Lives Ltd, a Queen’s Award-winning recycler and waste management solutions provider.

Lancashire Equalities Organisation was set up over three years ago to help multi disadvantaged communities access mainstream services and support provision. The team are experienced and have the expertise to assist individuals and groups to overcome health inequalities and combat exclusion, discrimination and injustice.

Lancashire Equalities Organisation Ltd is strategically positioned within ONE Lancashire to act as a conduit for engagement with service providers and advocate for Social inclusion in Lancashire. 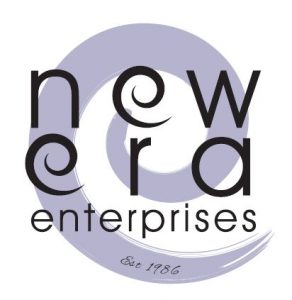 New Era Enterprises (E. Lancs) Ltd is a company limited by guarantee. It is a community business that promotes a wide range of community-based regeneration and economic development, primarily in and around Pennine Lancashire.

Although constituted as a business, its ethos is much more about improving the lives of local people than making money for itself.

Its aim is to provide a service which supports the growth of skills and networks so that people are able to initiate and participate in their own and their community’s development.  This is achieved by working at a neighbourhood level within a vision of equal opportunity and sustainability.

Midstream (West Lancs) Ltd, inaugurated in 1995 as a Registered Charity and Company Limited by Guarantee is a leading Social Enterprise.  From a six and a half acre site and state of the art, purpose built accommodation in Skelmersdale, West Lancashire it provides vocational training and supported employment in a caring environment for young people and adults with learning difficulties.  At the same time it creates business and trading opportunities with public sector, private sector and voluntary/community sector organisations offering a wide range of products and services.

Those who are most disadvantaged in the labour market have the opportunity to take part in ‘real live’ work activities in a choice of occupational areas including Horticulture, Woodwork, Business Administration, Retail, Hospitality & Catering.  At the same time they are encouraged to work towards nationally recognised vocational qualifications ranging from basic entry level to NVQ level 2.  Training and assessments are carried out by our own professional teaching staff.  Health and Social Care needs are met by qualified health & social care practioners who give just the right level of support to ensure individuals are able to enjoy taking part in their daily work and training activities.

The whole focus of Midstream is to improve the quality of working lives of people who through no fault of their own are disadvantaged in the labour market and allowing them to make their contribution to the world of work.

Having worked closely over their respective histories on a number of programmes and initiatives, the boards and members of each felt it appropriate to formally merge the two bodies in recognition of their complementary natures and common goals to support local marginalised communities. This also allows for better use to be made of existing resources in face of significantly increasing demand from both local communities and referral agencies.

LWN were formerly known as Lancashire Wide Network for Minority Ethnic Women and were established in 1996 as a result of Fair Play seminars looking at poor levels of economic activity amongst BME women. The Pact set up in 2003 after identifying a need amongst BME groups and organisations for specialist capacity building support. LWN were the only organisation in Pennine Lancashire to support BME women in a ‘joined up’ service and address the holistic wellbeing of each woman it engaged with. The Pact were a well-respected representative body, with a track record of supporting infrastructure and BME groups around a number of thematic issues and needs.

Having collaborated on various projects and programmes throughout their respective histories, the Boards and Members of LWN and Pact felt it appropriate to merge the two entities to better achieve their shared goals of supporting BME communities:

both had a strong emphasis on user involvement;

the boards of both were comprised of current and ex service users, as well as other key political, social, and economic stakeholders;

both delivered community based learning activities supporting the development of BME communities.

The newly formed body is continuing and building on these shared successes, but is now able to make better use of existing resources through a more integrated management and strategic intervention structure in empowering marginalised BME communities. The merger has also resulted in a widening of our remit and LBN is now able to work with all genders.

Integrate (Preston & Chorley) Ltd was established in 1983 to provide supported housing for individuals with Learning Difficulties. We continue to do this and also support individuals with Mental Health conditions, Physical Disabilities, Autism, Sensory Impairments and Dementia.

We have a long history in Social Enterprise and all of our Social Enterprises’s have been established to provide better opportunities in life, and the employment market, for people with disabilities & long term conditions. We offer placements related to wood recycling, horticulture and gardening, handyman services, decorating, retail and packaging. As part of our continued service and commitment to our local community, the rooms and facilities are available for a wide variety of needs. With our range of multi-purpose spaces and multi-agency partnership working Intact aim to meet all your requirements big or small.

Intact has much to offer to the local community with many facilities available. The community hall and kitchen, therapy room, computer suite and training room can be hired for a wide variety of activities or events.

The Intact Centre has easy wheelchair access and toilet facilities with a baby changing area. Car parking is available at the front of the building and an induction loop system is available in the Community Hall and Training Room.